Sporting brand new race leathers, Scruffs-sponsored Adam Shelton tore up the rule book at the weekend to record a double win in the British Thundersport 1000 Championship at Donington Park.

Adam wasted no time in making his mark in race one on Saturday, as he took first place in the Superstock 1000 series. In a mixed class race he came third overall in an amazing dogfight versus two full superbikes, which also run in the same race but in the top GP1 class. This was no mean feat when you consider that one was being ridden by eleven-time Isle of Man TT winner Michael Dunlop on the full factory Yamaha R1

A delighted Adam commented, “It’s my first Superstock 1000 win in Thundersport GB! I’m absolutely over the moon and I can’t thank everyone enough who helped to make it happen.”

Adam then made his real mark in race two on Sunday as he built on his impressive performance the day before to go one better by beating the whole field outright - GP1 superbikes (and Michael Dunlop!) included!

Unfortunately for Adam, the heavens opened for Race Three on Sunday afternoon, and he was sidelined in the warm-up. “Apparently, you can’t just put the traction control on and nail the throttle on a 200 brake horsepower bike! Oh well, it was a learning experience”.

So overall, an outstanding weekend of racing from the ‘tipped for the top’ Scruffs Racing Team rider, who left the circuit with an extensive silverware collection. Proof enough that Adam is definitely #SCRUFFSENOUGH for anything.

Catch Adam Shelton in action on the Scruffs Kawasaki on the 3rd and 4th of May at Snetterton Park in Norfolk. You can keep up to date with Adam’s progress right here at Scruffs.com 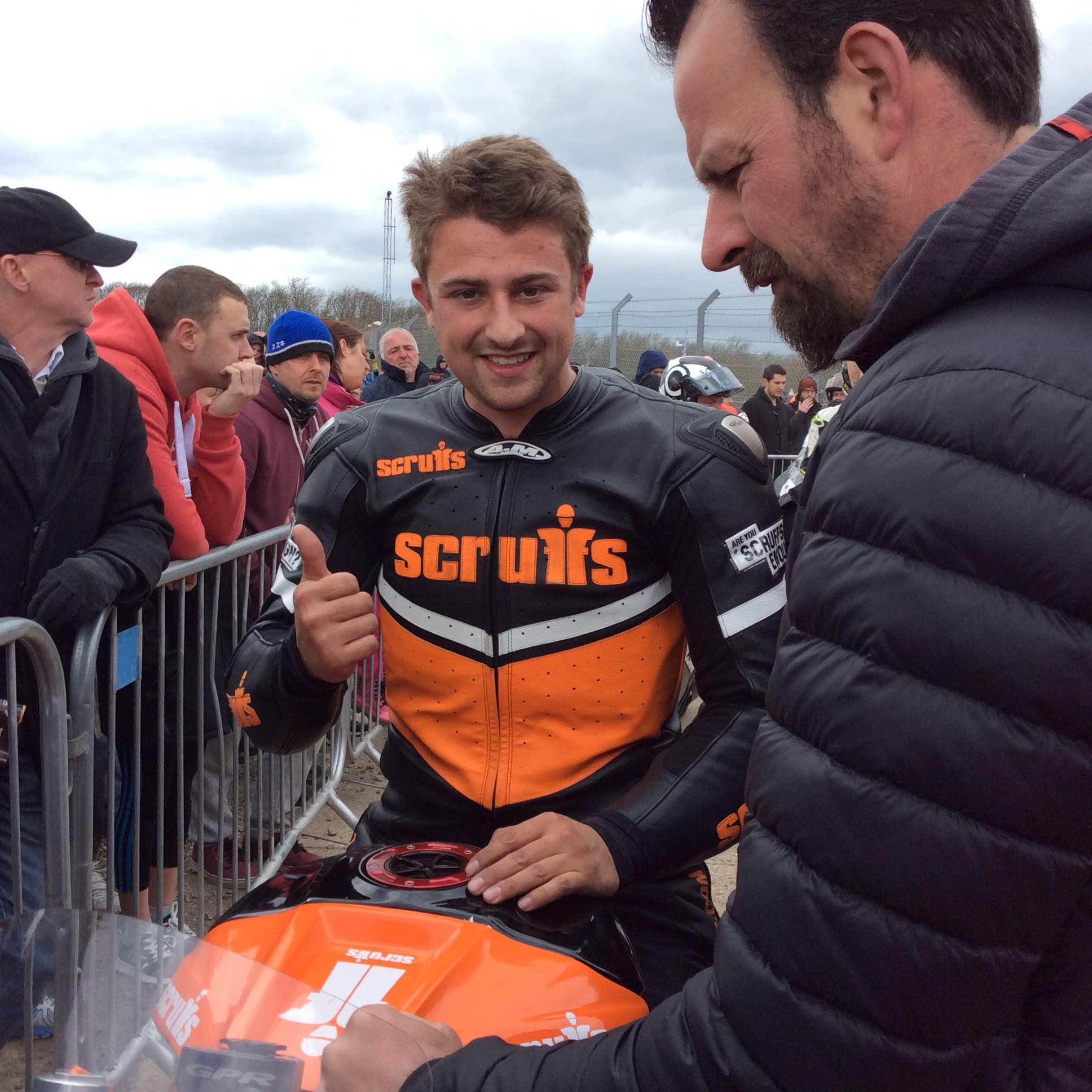 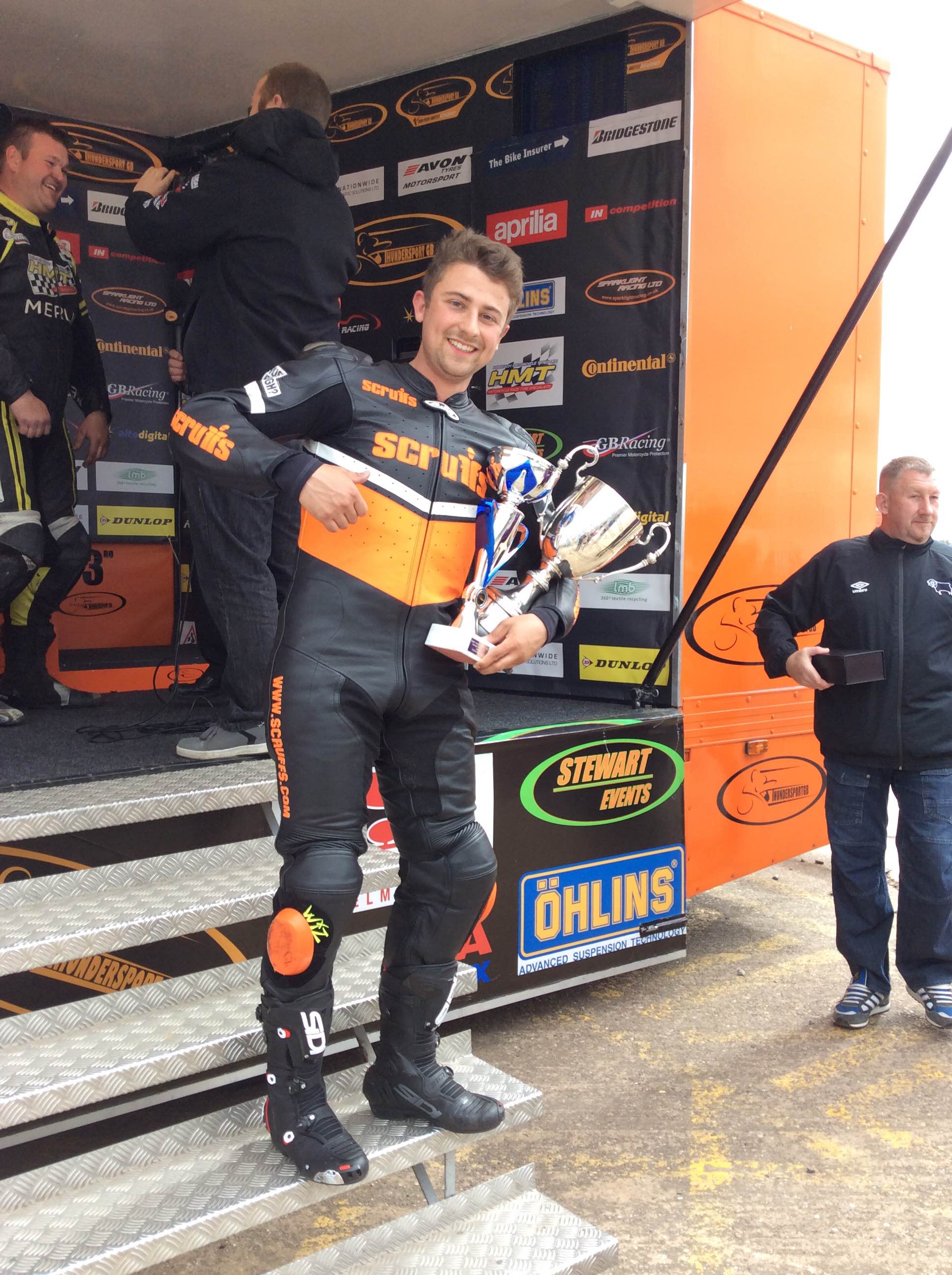